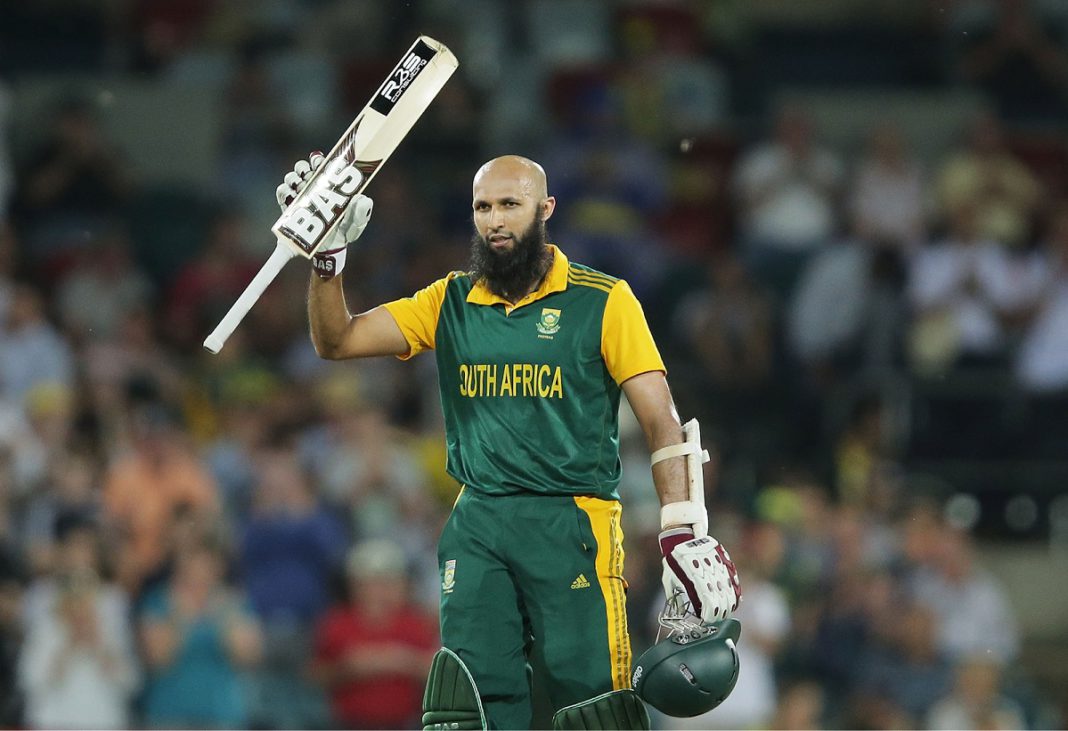 Fastest 2000 Runs In ODI: This Cricketer Is A Beast!

Hashim Mahomed Amla is a South African cricketer. As a right-handed top-order batsman and occasional medium-pace bowler, Amla bats at number 3 for South Africa in Test matches and has opened in limited-overs contests. The country he represents has given many great players to the world from AB de Villiers to Kepler Wessels, from Mark Boucher to Lance Kluwer, there have been players coming and going who have brought laurels to the South African team. This team also saw a player who achieved such achievements in his career, whose dreams are seen by all the cricketers, but still, this batsman was not given the limelight and attention that he deserved – we’re talking about the only and only Hashim Amla, the man with the fastest 2000 runs in ODI.

Hashim Amla was born as Hashim Mahomed Amla in Durban:

The cricketer was born on 31 March 1983 in Durban (South Africa), and dreamed of becoming a cricketer since his school days. Few people are aware that Hashim Amla’s brother Ahmed Amla was also a brilliant cricketer, although he could not get a chance to play for the country, his family’s dream was definitely fulfilled through his brother.

After igniting domestic cricket from the youth cricket circuit, he reached the international cricket scene in 2004. He started his career in November 2004 while playing a Test match against India and then continued to bat fiercely for 15 years.

These career statistics say everything:

Hashim Amla’s statistics prove that when he said goodbye to cricket in 2019, everyone would recall why he was a great player of modern cricket. The South African played 124 Test matches between 2004 and 2019 during which he scored 9282 runs at an average of 46.64, consisting of 28 centuries and 41 half-centuries.

The South African cricketer also played 181 matches and scored 8113 runs at an average of 49.46 with 27 centuries and 39 half-centuries during ODI cricket.

Hashim Amla is a man of records:

This is one man who despite earning the fastest 2000 runs in ODI suffered a lot on the field and behind the scenes, yet he remained calm and kept spitting the batting record. Sometimes he was criticized for his slow batting and sometimes for anything else, but this batsman never showed any kind of pressure or willingness to fight. He kept answering with his bat and kept making records.

Below are a few of his records that speak of his ability:

The cricketer was called a terrorist in 2006:

Should a sportsperson be called a terrorist ever? Is it okay under any circumstances? We think not! But August 7, 2006, is recorded as the date when Hashim Amla (who is a devout Muslim) was called a terrorist. On this day a Test match was being played between South Africa and Sri Lanka in Colombo. The match was exciting. There was a tough fight for every single run and wicket. Then a player with a long beard took a brilliant catch. Dean Jones of Australia, sitting in the commentary box, shouted loudly, ‘Terrorist (terrorist) has taken a wicket…’ Dean Jones also paid the price for this controversial comment and lost his contract with Ten Sports.

As we’ve mentioned before, Hashim Amla was one of those players who spoke less and his bat spoke more as he scaled all the heights of the realm of cricket.

There are two types of players in cricket. First, as long as they stay at the crease, there is a storm on the field. It’s raining fours and sixes. Secondly, those who neatly decorate their innings and when they have completed fifty or century, it is not known. Amla made his Test debut against India in Kolkata in December 2004. In 2019, the South African batsman announced his retirement from international cricket. However, Hashim Amla will remain available for domestic cricket. In an international career spanning 15 years, Hashim Amla played a total of 349 matches for South Africa in all three formats, in which he scored 18,672 runs, including 55 centuries and 88 half-centuries. The South African great opener Hashim Amla has retired but will continue to play domestic cricket and Mzansi Super League.

Amla is the only batsman from South Africa to score a triple century in Tests. He was South Africa’s Cricketer of the Year in 2010 and 2013. Amla said in a statement, ‘I thank you all for this wonderful journey with the South Africa team. I learned a lot during this incredible journey and shared the camaraderie with the team. I would like to thank my parents for their love and support, due to whose blessings I was able to play for the team for so many years.