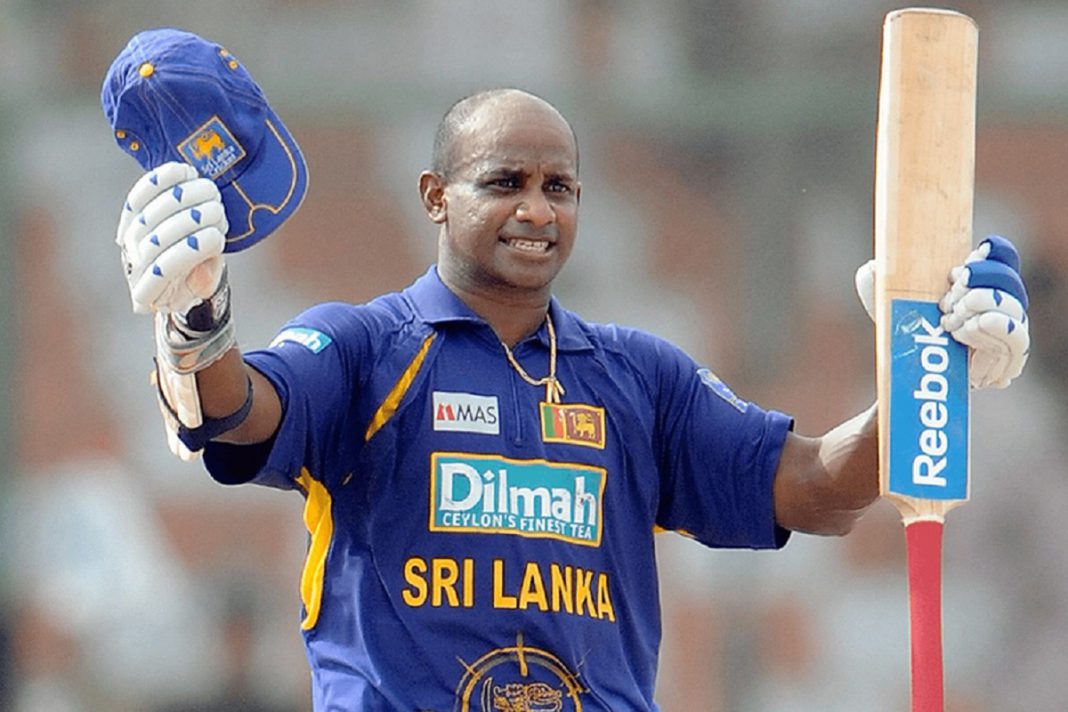 It was in the one day game that a revolution was created.

Early years of jayasuriya were spent in playing cricket. Right from his school he explored various batting styles and during his undergraduate in St. At Servatius College he was nominated as a captain in the observers schoolboy cricketer of the year and made his team win the match with a tag of being the “best batsman” as well as the  “All rounder award”.

Besides cricket, he was fond of watching movies and traveling.  With the orison of Galappathy and Lionel Wagasinghe he was able to procure the position of a renowned cricketer.

He always preferred playing with his square tapered toe wooden Kookaburra bat which he finds to be his fortuitous one.

Before proceeding further think about a bullet punching its way through air leaving fear of death. The very thought of a gun piercing the body sends chills down our spine, so is Sanath Jayasuriya. Raw, brutal fear-inducing bowler, a slayer was all I can say he was.

His career started as a bowler who would have thought a bowler can create records with his batting. He made his debut at the age of 22  in the second test match against New zealand in 1991 where he scored 35 with batting once. In the same year, five months later in the fifth innings by seizing fifty runs,  he still wasn’t able to make his team win.

He represented his country in the inaugural of the ICC under-19 cricket world cup in Australia in the year of 1988 which was best known as the youth world cup. Several cricketers showed up their talent among them was the left handed Jayasuriya. He had his first tournament which was out of his country and happened to be an unforgettable tournament. Though he was not comfortable over there, he appreciated the experience and made a remarkable name in his early twenties. He believed that it’s a perfect stage for emerging cricketers like him to make a name for themselves , as it provided a lot of opportunities later. He made it clear that the tournament made him realize what to expect in his upcoming years.

When coming to his batting style, he took advantage of the fielding restrictions thereby smashing the opening bowlers.  Being a key player  in the 1966 cricket world cup his aggression  and ability to make a huge match winning approach led him to take the record of being the second- highest one day century scorer and has scored 150+ scores with Chris Gayle and hashim. Because of his trenchant performances in the past, Sri Lanka won almost 75% of the matches in which his scores were over 50 runs in the limited over matches.

His bowling style is as spectacular as his batting.

He took 440 wickets altogether in international cricket with his bowling skill. Being left handed spin bowler, he took sachin tendulkar’s wicket and emerged as left handed orthodox spin bowler. He is known for his cuts and pulls with his loft cut over point.

Talking about his One day internationals- he made the records of fastest fifty. Especially the fastest fifty (50) against pakistan and fastest one fifty (150) against england.

His record of fastest fifty was maintained until one fine day AB de villiers surpassed the fastest fifty after 19 years. Jayasuriya’s highest ODI score was 189 runs against india in 2000 which remained the highest by a sri lankan and his innings was the third highest.  Moreover he also held the record of  moare number of sixes and 28 centuries in the overall ODI. During one of the ODI’s in 2006 he made it to two centuries with scoring 152 runs off 99 balls , where a new record was created. To be clear, he was the only cricketer to achieve this high in the history of ODI. He was the only player who scored more than thirteen thousand (13,000) runs and captured more than three hundred (300) wickets.

*An interesting thing to note- on his thirty ninth (39th) birthday he scored a century against bangladesh during 2008 Asia world cup.*

ESPNcricinfo, a cricket gaming news website has also presented jayasuriyan as the best ODI  match performer in the 2008.

In the twenty20 series he broke his own record of using his fortuitous bat rather than using a sponsored bat by Reebok. By that he scored the most expensive scores with james. This showed his ability to adapt to the changing levels of the matches thereby maintaining his consistency which was indeed a tough task yet he excelled it.

He achieved two more half centuries against Kenya and New Zealand.

Talking about the IPL ( Indian premier league) he was franchised by Mumbai Indians and his first match was against Chennai super kings (CSKs).

It was his first match and his short-arm jabs sailed over the fence. And when his energy exploded with sixes dripping off his bat, there was nothing chennai super kings (CSKs) could do to control him. Including that he played almost thirty (30) matches out of which he scored seven sixty eight (768) runs in thirty (30) innings. As he had a marvelous background of hitting centuries, he didn’t gave up rather he successfully achieved one (1) century and four (4) half centuries

His achievements and contribution to India are remarkable. He has won many Indian as well as international awards in his cricket career. With reference to the Man of the match in the ODI’s, he stands second to the master blaster sachin where sachin’s record was sixty two(62) times man of the match awardee whereas jayasuriya was forty seven(47) times.

After a remarkable journey in cricket he retired from test cricket in 2007, Although he continued playing shorter games until he finally resigned in 2011.

In all formats of cricket, he proved why he is among the finest players.