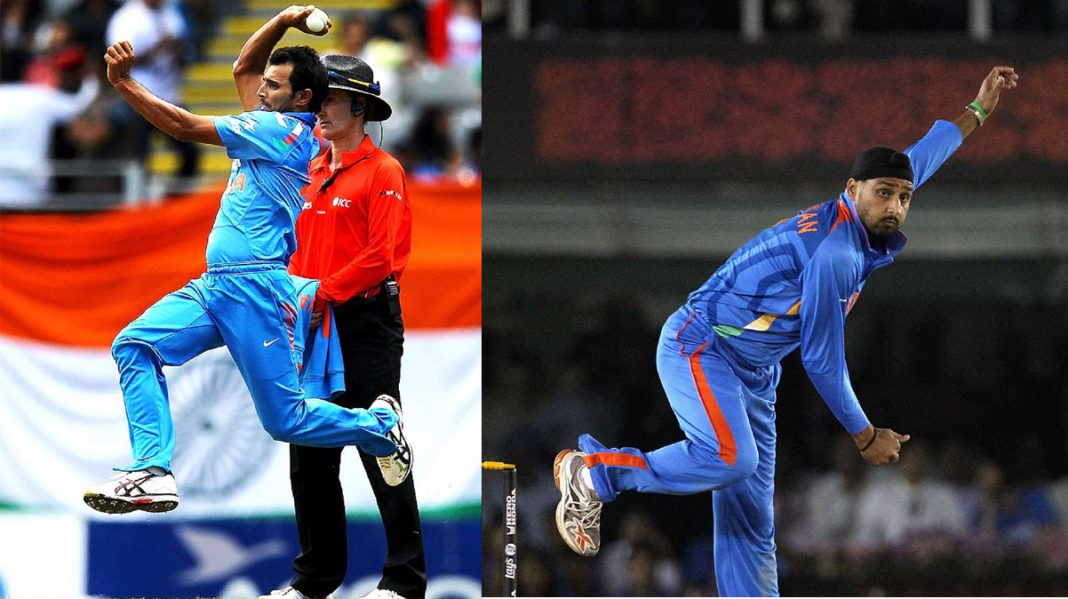 Known for a strong batting unit, India’s team has always given many great bowlers to the sport of cricket as wll! Not only that, our legends in blue have led Team India to historic victories around the world with excellent bowling in both ODIs and Tests. Let’s learn more about these Indian bowlers who took 200 wickets or higher, starting with the man who took more than 600 wickets in his career!

Former Test captain of the Indian team Anil Kumble, the highest wicket-taker in ODIs and Tests, is the first player to be included in this list. Kumble has taken 619 wickets in 132 Tests at 29.65 and 337 wickets in 271 ODIs at an average of 30.9.

The Indian bowler also took 200 wickets against Zimbabwe with 7 wickets in his name. Anil Kumble, popularly known as Jumbo, also holds the record of taking 10 wickets in Test cricket.

One memorable instance is during the second Test against Pakistan, where Kumble made the toughest bowling record at the Kotla ground. Kumble has taken a total of 619 wickets in 132 matches. India returned successfully from their first tour of the West Indies after Kumble took over as coach.

These days, India’s finest leg-spinner is now fulfilling his new role as a coach. Current coach Anil Kumble was once the second highest wicket-taker in Test cricket after Muttiah Muralitharan and Shane Warne.

Harbhajan Singh, also known as the Turbanator, was counted among India’s successful off-spin bowlers, completing his 200 Test wickets in 2005 against Zimbabwe. Harbhajan could not get a single wicket in the first innings of this Test match at Bulawayo. But Harbhajan completed his 200 wickets in Tests by taking four consecutive wickets in the second innings. Harbhajan also holds the record of taking 400 wickets in Test wickets. Infact, Bhajji has taken 417 wickets in 103 Test matches at an average of 32.46 while in ODIs he has taken 269 wickets in 236 matches at an average of 33.36. Harbhajan is the only bowler to have taken a hat-trick in a Test match. Harbhajan, India’s premier spinner in all three formats of cricket, was last seen playing for Mumbai Indians in IPL 2016.

This list is incomplete without the name of India’s most successful captain Kapil Dev.

The story goes that on 11 March 1983, Haryana Hurricane completed their 200 wickets while playing against West Indies. This year was special in many ways as India won its first World Cup against West Indies at Lord’s this year when Mr. Dev took a total of 434 wickets in 131 matches in Test cricket. In this match, Kapil took 3 wickets and also played a century. At that time there were neither fast bowlers nor all-rounders in the Indian team. It was said that fast bowlers cannot be born on Indian soil. In such a situation, Kapil was the only all-rounder fast bowler of the team. Kapil has led the team to victory many times in his career with bat and ball. In the year 2000, Kapil was also India’s coach for 10 months. Later, he resigned from coach K Par after Manoj Prabhakar accused him of fixing.

Former India great fast bowler Javagal Srinath is another bowler, who has dismissed more than 200 batsmen in ODIs and Tests.

The right-arm fast bowler completed his career’s 200 wickets in South Africa on 3 November 2001. Srinath has played a total of 67 Test matches in which he has taken 236 wickets at an average of 30.49 while in ODIs he has dismissed 315 batsmen in 229 matches.

Also, he became India’s fastest bowler after Kapil Dev, who took 5 wickets in this match. In 1996-97 Ahmedabad, Srinath also made the best spell of his career against South Africa. In this match, he took 6 wickets for South Africa for 21 runs. In this series, he took the highest 18 wickets after Allan Doland (20).

Former India fast bowler Zaheer Khan is our next Indian player to be included in this list of Indian Bowlers Who Took 200 Wickets. Khan has taken 311 wickets in 92 Test matches at an average of 32.95 while in 200 ODIs he has taken 282 wickets at an average of 29.44 and an economy rate of 4.93.

The next name in this list is Bishan Singh Bedi – a true legend.

India’s left arm spinner Bishan Singh Bedi used to be India’s most dangerous left arm spinner. Bedi has taken 266 Test wickets in 67 matches. On 14 January 1977, Bedi took his 200th wicket against England in Chennai. Although India lost this match Bedi took 4 wickets in this match as the Indian cricketer used to dodge the batsmen with the help of the ball’s bounce, pace and spin. Bedi has led the Indian team to victory many times. Bedi is still associated with cricket, and always gives his feedback on matters related to cricket. At times, Bedi also clashes with BCCI and ICC over his beliefs which at the end of the day will always strive for the betterment of cricket.

When it comes to India’s bowlers, we remember the names of legends like Kapil Dev, Javagal Srinath, and more, another Indian veteran bowler has been included in this list. We are talking about Indian fast bowler Mohammed Shami who touched the mark of taking 200 wickets against South Africa, back in 2021.

In 2021, Mohammed Shami became the fifth Indian fast bowler to take 200 wickets in the 55th Test of his career. During the match, he took 5 for 44 and restricted South Africa to 197 runs in the first innings.

He was the 11th overall, and the 5th Indian fast bowler to take 200 wickets in Test cricket. Before the Century Test, Shami had 195 wickets in 54 matches. He bowled Aiden Markram (13), Keegan Pietersen (15) in the first innings, while half-centuries Temba Bavuma (52) and Viaan Mulder (12) were caught by wicketkeeper Rishabh Pant. Shami then took his fifth victim by dismissing Kagiso Rabada (25) and also completed his 200 wickets in Test cricket.