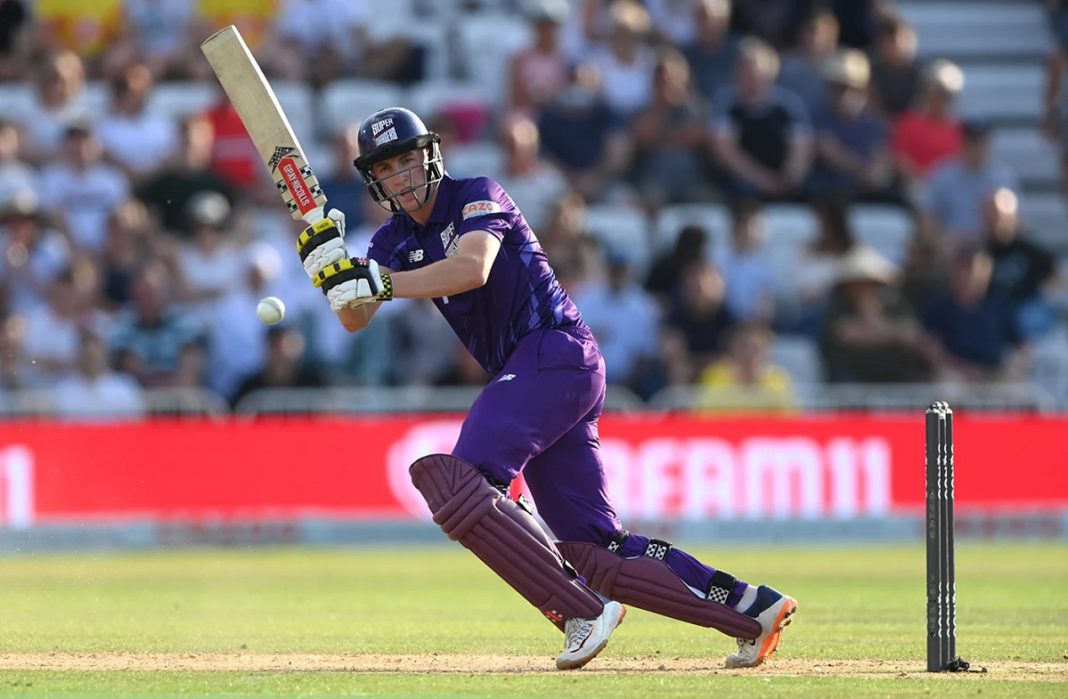 As bids escalated the expectations of many players, Harry Brook’s advent became the centre of attraction for the franchisees. For sure there was something pretty more which impressed the franchisees. Let’s look into it.

Harry Brook’s childhood is not as interesting as others but has made oodles of achievements in his cricket career.

Being born in a family where their main interest was cricket, hence because of it brook had a profuse amount of people who were in support of him. Born in Keighley and brought up in Wharfedale, this six feet young guy who earned himself a net worth of $5 million drew the attention of the franchises in the IPL auction of 2023. Harry Brook is a name that has set his domestic circuit on fire during his first debut in the yorkshire in the 2016 match against pakistan.

In his yorkshire match of 2016 against Middlesex, he made his country championship debut. His victories during these times were certain and he has scored an uninterrupted three centuries within a fortnight for the yorkshire’s second eleven. It has been proved that yorkshire’s batsmanship has run their history. Brook has a batting style and a technique of succeeding in the red ball cricket ,Yet his style is most suited and likely to be appreciated for the white ball cricket. With his style of performing, it is wise to say that he is most likely to be hired for the limited overs formats of the match as his technical journey and experience in batting has been prodigious which makes him well suited to play as a finisher over and beyond.

He hits fine on-point strokes and were apparent to all during his journey in the U19’s. Being a clean striker, he has got long levers and it’s obvious that when he hits the ball every other person looks up to see how far it has gone. He has got a dangerous combination and a raw talent. Though it is true that England has a fine tradition of bringing young players to Yorkshire, as there is no necessity for them to be told of doing what they are supposed to. Young players like Brook have grown as a player and are capable enough to express themselves on the field.

During his recent match on the grounds of Karachi against Pakistan, he got his maiden call and he proved himself as he smashed his third successive century in the test series.

In the whole series he was on the forefront and was one among the four players who scored centuries in the day by scoring 506 runs in an over of 75. And it was brook who scored in the fastest span of all. He became one of the major positives for England in the test series.

He started his series with a score of 153 and 87 on the cool grounds of Rawalpindi. Brook showed the fans a combination of power and great on point timings which made him score his third century during his fourth test series.

In the whole series, he has scored an overall of 468 runs at an average of 93.60 in just five innings.

The significant part of the whole auction was started when Royal challengers Bangalore (RCB) backed out and paved the way for the magnificent Sunrisers. Rajasthan ran out of money when the bid range went high to thirteen (13) crore and it was then Sunrisers Hyderabad (SRH )bagged up this player – Brook for 13.25 crore.

Among all the franchises it was that phase which made people react with a surprise and few with a mild disapproval as well. But it is a fact of appraisal for Brook as within a shorter span of time, he has become the sensation of the audience and the very first player to cross the thirteen crore mark in the history of IPL auction of the Sunrisers Hyderabad.

Through it is true that Harry Brook has broke the old world record during his debut in the recent series of England against pakistan, it is

still a question of doubt whether he’ll be able to hit the grounds of IPL 2024 with his spectacular performance as he lacks playing any match in the indian grounds subjected to the conditions.

Though they have other excellent batsmen like T.Natrajan, Rahul tripathi, Aiden markram and more it is still a controversy of how brook is going to get fit in the whole team and it will be interesting to see where this player ranks in their batting order.

It should not come to you as a surprise that from a very young age Brook seemed to have this naturally good ball striking skills.

This 23 year old player with almost four twenty 20 caps on his name, gets into shape to bag up the IPL 2023 trophy  this year with his dangerous yorkshire batsmanship.