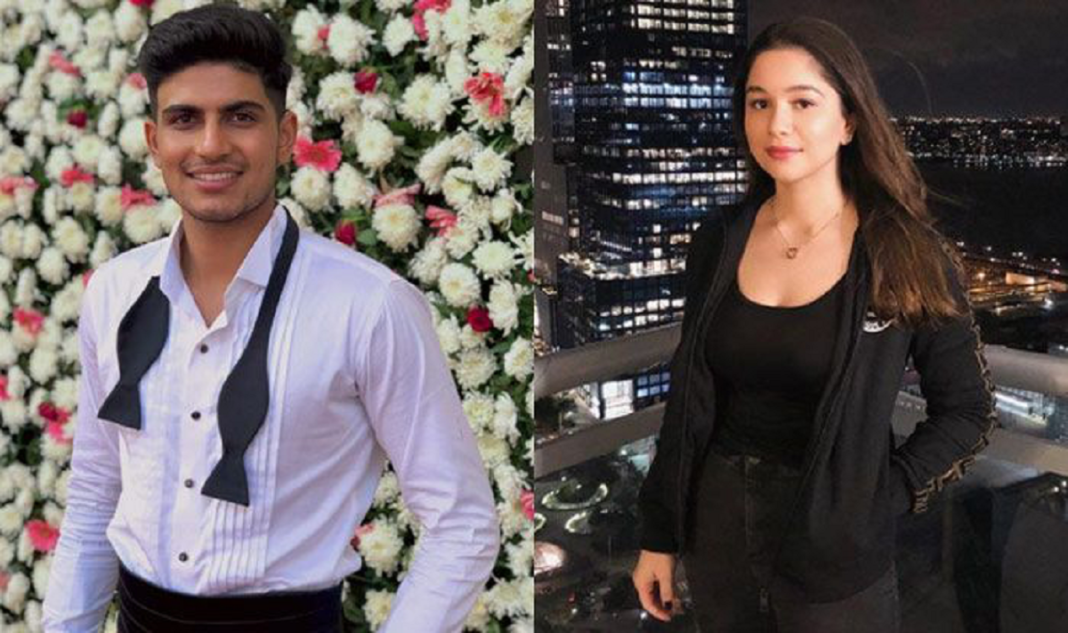 In the past, Shubman Gill’s wife has been rumoured to be Sachin Tendulkar’s daughter Sara. In this article, we discuss how Shubman Gill cleverly put the rumour to rest by addressing it on his social media.

Shubman Gill and Sachin Tendulkar’s daughter Sara were rumoured to be in a relationship.

While the 21-year-old India opener Shubman Gill was quarantining during COVID-19 with the rest of his India teammates in Mumbai before they departed to England to compete in the World Test Championship (WTC) final against New Zealand, he went online!

The cricketer was bored and decided to keep in touch with his fans on Instagram through several stories and engaging poll-based activities in his free time. It was during one of these types of posts that Shubman opened up about his relationship status. Finally! The question of who is Shubman Gill’s wife was addressed by a brave fan. The hot question left a whole lot of fans stumped.

Shubman Gill’s relationship status has always been a hot question that has been intriguing fans for quite some time now. And his insights on the matter during his Instagram helped put the rumours to bed that the couple is currently involved in a relationship. The couple we’re talking about is Shubman Gill and Sara, daughter of legendary Indian batsman Sachin Tendulkar.

Shubman Gill and the speculation of his relationship status comes from the numerous times Sara has heaped praise on Shubman’s batting performances through her social accounts. Shubman Gill is one of the most talked-about players in the Indian team so it might have just been a coincidence. The Fazilka-born native batsman grew as a sensation among his passionate fans ever since he and his team emerged victorious in the 2018 edition of the Under-19 World Cup in New Zealand.

Shubman Gill also would actively react to several of Sara’s social media posts leading many fans to believe that the couple is currently involved in a relationship as they are so friendly that they are on the brink of becoming a couple.

21-year-old India opener who is one of the most hyped cricketers in the country confirmed that he is not married or even in a relationship.

Gill really established himself as a cricketing heartthrob for younger fans but one amongst them wouldn’t be Sara as he confirmed that the rumors about their relationship were false hearsay after all.

During quarantine, he was active on social media answering fan questions and gave a public answer on his relationship status.

“Oh yes! I am. I have no plans of cloning myself in the near future, either”, Shubman posted in his story.

For as smartly as he deflected the question about his relationship status, Shubman might have already hinted that he wasn’t keen on becoming a father soon (his child would be the closest thing to a clone). Or perhaps he was just talking about how false the rumour was, that only a close would have been in a relationship.

Indian cricketer Shubman Gill was born on September 8, 1999. The right-handed batsman had been playing first-class cricket for the Punjab team. He made his debut against Bangladesh in the Ranji Trophy series 2017-2018. He scored half a hundred in the opening match and 29 in the second. He made his ODI debut in the series against New Zealand in 2019.

Gill was born on September 8, 1999 in Basilka, Punjab. His father Lakhwinder Singh wanted to be a cricketer. But before that could happen, he decided to make his son a cricketer. The family then moved to Wadi near the Punjab Cricket Board Stadium for their son’s practice and cricket education.

He made his international tournament debut against England in the Under-19s in February 2017. Just two years later, he made his ODI debut in the series against New Zealand in 2019.

Shubman Gill is not in a relationship and Shubman Gill’s wife is non-existent as of 2021. We are sure he will update us when he gets engaged to be married on his social media pages.