The Next Bumrah of Indian Cricket 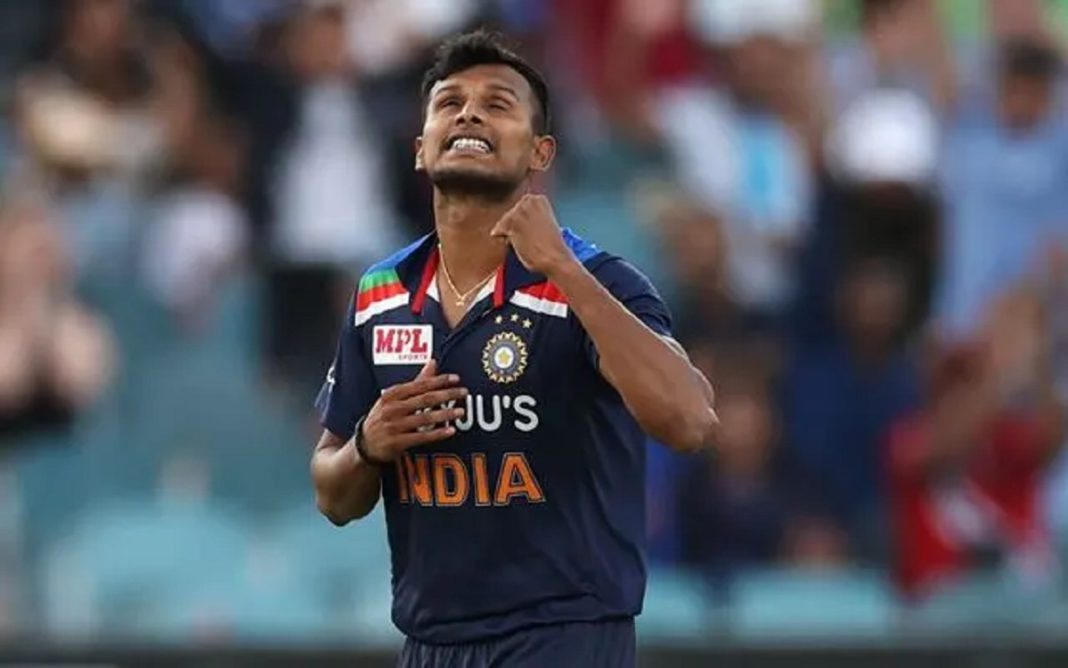 From distributing newspapers for a living to getting published in every newspaper front line, Thangarasu Natarajan is nothing but an exemplar of hard work.

His story is so enthralling that anyone reading it can reap the benefits of self-reliance.

The bold yoker king was born and brought up in a small village near salem where he used to be a side player in every gully cricket. Gully cricket and village tournaments pretty much dominated Natarajan’s life till he turned 20.

It was Jayaprakash, who identified his skills, motivated and lifted him into joining a cricket club in madras. He has 150+ plus trophies earned by playing in the village tournaments and he fondly remembers a match he played in mecheri where he was asked to bowl, it was when the opponents needed four runs to win while surprisingly he bowled a dot ball and took two wickets off .

His first representation was as a team of BSNL fourth division from where he also played his first divisional cricket club the Vijay Cricket Club for one long year later switching to jolly rovers. He came into prominence when he represented dindigul dragons in 2016 in TNPL(Tamil Nadu Premier league). He made his name in the TNPL for his  yoker bowl ability.

Two years in the first division of cricket league was reliable for the state selectors to aggrandize him to the Ranji. With a low economy to guarantee wickets, Natrajan became the favorite of selectors for the Ranji.

His majestic performance cought the selectors eye and In 2014 he made his first debut against the bengal. His actions came under scrutiny but with the watchful eyes of D Vasu and others he underwent a correction process. In the space of a few years, his life took a quantum leap from being a bowler in the muddy ground under the scorching sun to representing the state.

Ever since then, the left arm fast bowler let his ball do the talking. After defending thirteen runs in the super over , he fired six yokers thereby conceding five runs against Sundar and abhinav. It was then that he became the national hero and became the front line of every news channel. Social media posts hailed him for his astounding performance and even compared his bowling skills with Mustafizur Rahman’s bowling who represented his country at a very young age. After setting Tamil Nadu premier league on fire with his remarkable performance his next intend was the IPL. He was very keen in experiencing the next level where he can render his exceptional skills for the nation.

From being an underdog to rising above all the odds, Natrajan was able to break-in to the team despite the hard efforts of the TNCA president who deliberately used to keep non- brahmin cricketers out of the team.

The first non brahmin yoker king of india made his first entry in T20I brisbane test against the aussies in 2021.

However Natrajan was handpicked for the Australian tour because of his previous confound performance in the T20 league where he played for Sunrisers Hyderabad.

His ability to execute directed yokers at specific speed almost close to 140 kmph helped him receive a call for the T20I match. Later just an hour or two before the men in blue arrived for the ODI against the Aussies,  Natrajan received his maiden call as a replacement of the former Navdeep saini.

Natrajan grabbed the opportunity with both hands.

He eventually made his international debut in the third ODI against the aussies. With his left handed bowling skills he took two wickets for seventy runs in his 10 overs, thereby helping India win the match by thirteen runs. He immediately made a difference by picking up the two key wickets thereby playing a crucial role in India’s 13 run win.

The most critical asset as proclaimed by vvs laxman helped the visitors beat australia 2-1 in the T20I. He was the highest wicket taker in the match. He didn’t stop there, he kept on working hard and he found the biggest stage in the country he could ever imagine. His dream run continued as he became India’s 300th test cricketer replacing injured Jasprit Bumrah in the playing XI at the Gabba. It was then, the left-armer Natarajan got appraisal for his excellent bowling technique  which even made Brett Lee express how one should bowl.

From being on the tour as a net bowler to debuting ODI and T20I he remained humble as ever. It is true that increible incidents during a couple of months have made a huge impact on the life of nataraja thereby changing his fortune.

Those who have been through his journey would be very much aware of the tamil Nadu’s spectacular rise by their very humble hero Natrajan.