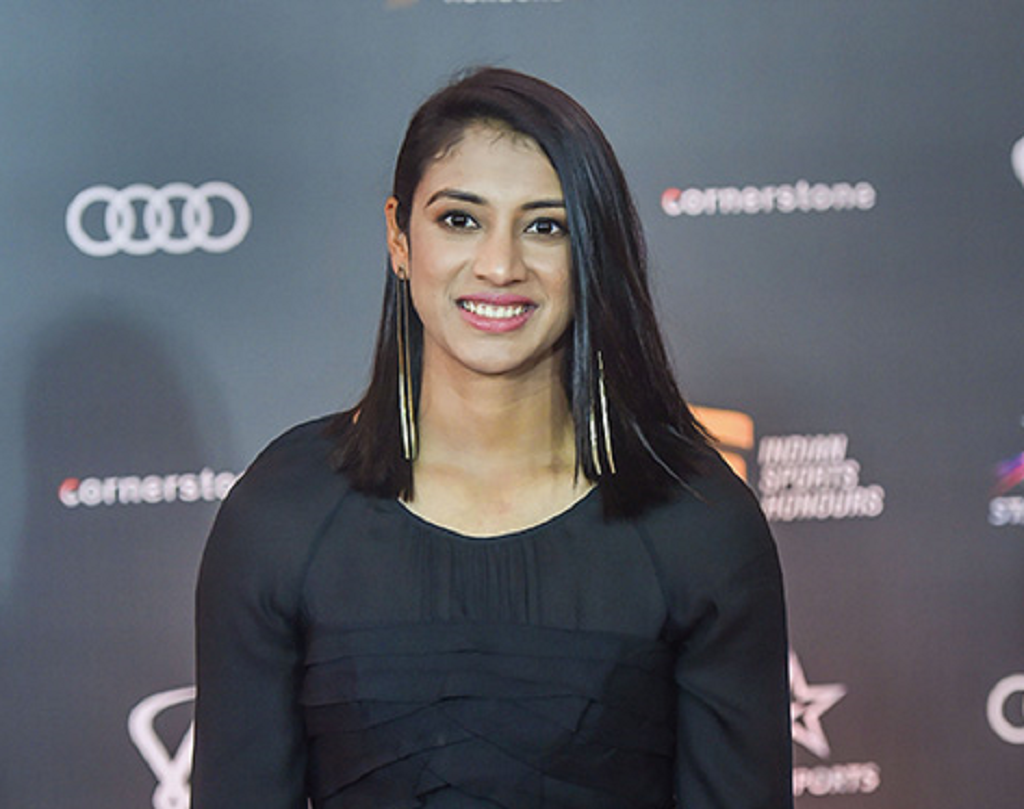 The batting prowess from Sangli is just 24 years old in 2021 but has been under the limelight since the age of 9. Smriti Mandhana is one of the most talented batswomen in the world of cricket right now. Mandhana grabbed the limelight through stellar performances in the ICC Women’s World T20 in 2018. The talented batswoman’s 178-run streak in five matches earned her the tournament’s third-highest run aggregator. Since then, she has been the heart of India’s batting. Her off-drives and lofted shots are a treat to watch for the fans.  Smriti Mandhana is a recipient of the prestigious Arjuna Award. She was also a part of the Indian team which made it to the finals of the ICC Women’s T20 World Cup in Australia. They lost to the host in a jam-packed Melbourne Cricket Ground. But us Indian’s find victory in representation so here are some unknown facts about Smriti Mandhana, a true Indian prodigy!

Smriti Mandhana: 12 Things To Know About The Female Indian Cricketer

1. Who is Smriti Mandhana?

Born in Mumbai, Smriti Mandhana has already scored a half-century and a magnificent century in the Women’s World Cup 2017. The left-handed opening batter made a name for herself now and was one of the reasons why Team India won both of their games in the 2017 tournament.

Mandhana has come into the international team rising through the ranks. She has played cricket all her life and that reflects when the elegant Maharashtrian plays. The 24-year-old has gathered a lot of experience from the time she has spent in domestic cricket and was always a heavy run-scorer amongst all age groups.

The Indian cricketer has come a long way from deciding to give up cricket at 15 to study science to become the key player in momentous wins in England and Australia at 19.

Her undefeated 224 off 150 balls in an ODI against Gujarat put her on the cricketing radar nationally. The southpaw’s first breakthrough match came in October 2013 when she became the first Indian woman to earn a double-hundred in a one-day game. Playing for Maharashtra against Gujarat, Smriti Mandhana scored an unbeaten 224 off 150 balls in the West Zone Under-19 Tournament, at the Alembic Cricket Ground in Vadodara.

5. A family of cricketers:

Cricket runs her blood, Her father played district level cricket for Sangli and her brother has represented Maharashtra at the under-16 level. Cricket has always been with The left-hander that obviously reflects in her game. Speaking of genetics, both her father and brother, Shravan, played cricket at the district-level, for Sangli.

A young Smriti Mandhana was inspired to take up cricket after watching her brother play at the Maharashtra state Under-16s tournaments. The talented batswomen’s family is closely involved in her cricketing activities. Her father Shrinivas, a chemical distributor, is in charge of her cricket programme, her mother Smita takes care of her daughter’s diet, clothing, and other organisation aspects, and her brother Shravan continues to bowl to her in the nets.

6. She became the first Indian woman to score a double century in a one-day game:

The talented batswoman has been a revelation ever since she started playing cricket. In 2013, Mandhana scored a massive 224 in just 150 deliveries in a West Zone tournament for under-19s in Vadodara and she did it for Maharashtra while playing against the home team Gujarat. The bat she used to score the double century was given to her by the Indian cricket player Rahul Dravid.

The left-hander is one of the youngest debutants and was called up for the series against Bangladesh in 2013. Smriti Mandhana started her first game against the same opposition in the month of April in 2013 and has never looked back ever since.

Mandhana was just 18 when she made her Test debut playing against England. It was August of 2014 when the 18 year old played her first Test against England in Wormsley.

10. She joined the cricket academy at the age of 5:

Smriti Sriniwas Mandhana was born on 18 July 1996 in Mumbai to Smita and Shrinivas Mandhana.

When she was two, the family moved to Madhavnagar, Sangli in Maharashtra, where she completed her schooling and grew up watching her brother play cricket.

At the age of nine, she was selected in Maharashtra’s Under-15 team.

Just two years later, she was chosen to play for the Maharashtra Under-19s team.

Starting her international career at 16, her prowess with the willow brought attention to her and she has quickly made herself a fulcrum in the Indian women’s team.

For someone following in Shravan’s (her brother’s) footsteps, being nominated to the Team of the Year by ICC was quite a coup. She is currently the No.4 batter in the ICC Rankings in ODIs and is the only Indian to feature.

11. Her brother Shravan continues to bowl to her in the nets:

Shravan Mandhana (her brother) was one of her earliest influences as she grew up watching him play for her state. He was also the one to give her Rahul Dravid’s bat which Dravid had given to her brother when they met. She showed her gratitude to the legend by hitting a double century in a first-class game in 2013. The other influences that she looks to for inspiration are Matthew Hayden, Kumar Sangakkara, and Virat Kohli.

12. Off-field she likes to play video games and watch movies:

Smriti Mandhana’s hard work and constant resilience to work on her game after initial setbacks have made her the cricketer she is today. The Indian batswomen should keep her stellar run going and achieve more laurels for Maharastra and India!