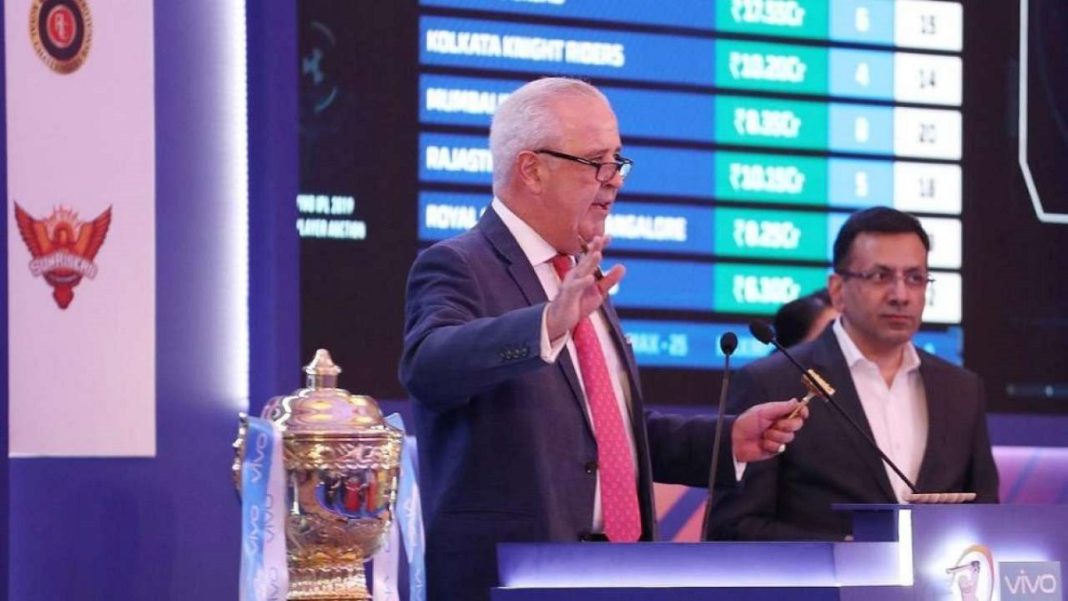 From 10 names in the 2022’s auction list to 21 for this year, sure this time franchises will keep tabs on the young Players. This time it’s going to be different i.e. A mini auction instead of the mega auction.

The mini auction is everything we are looking for.  It’s scheduled to be held in december with a total of 405 cricketers. Out of the 405, 273 players are Indians, 4 from the associate nations and rest from overseas. And the franchise has already started to have a look at the statistics of the players to choose and invigorate the team.

Among those 405 there are few names who appear to be on the other side of the fringe in terms of age. There are a lot more going to be showcased on television in December with all age groups, all talented , experienced and freshers all glued up hitting the grounds of the Narendra Modi Stadium.

There is going to be a huge opportunity for the newcomers who have yet to begin their cricket journey to play in company with the experienced one’s. With news from the sources it is found that many of the franchises are focusing more on the young newcomers as there are chances to get 100% results from them. Just like the franchise of Mumbai Indians who picks up the players not by their names but by their performances.

Since 2007, there have been many players who dreamt, played and won the IPL as a team and this spirit of the players have amplified the young mind to join and perform excellently in the upcoming IPL match.

IPL auctions are nevertheless a celebrity event as these rooms are the strategy rooms for the players as well as the franchises and of course for the corporates.

Let’s know about the top 5 youngest players of  the mini auction ;

Andhra born, the U-19 vice captain of the ICC men’s india U-19 world cup 2022 squad Shaik Rasheed is one among the players shortlist for the IPL 2023.

The right handed batsman of age 18 had to go from a rejection in both U-14 and U-16 which made his confidence down and also to quit cricket but one motivation from the right person is enough to build his confidence, his father quit his job and trained him. And he was appointed as the skipper in the Tri- series U-19A and U-19 B. But later because of his unsuccessful skipper performance he was appointed as the vice captain of the U-19 team.

In the U-19 Asia cup, he made a crucial knock against Bangladesh and made his name on the top. Notably his strike rate was beyond 100 and a century was also scored by him during the triangular series held in kolkata.

Getting into the auction will be a great opportunity for young Rasheed but let’s see how good he takes responsibility for the opportunity.

A double century scorer in the Ranji, is from the steel city Bokaro and is 17 years and 4 months old and is clear with his mind with a massive future.

Being a wicketkeeper- batter he created history by taking control over the Ranji. Alongside this, he accrued massive runs in just seven innings during the Ranji but was not able to manage his position in the two T20 innings.

So it will be a tough decision for the franchise to decide with the statistics being perplexing.

A bud from Bihar who represented Bihar in the Syed Mushtaq Ali Trophy is going to be one among the players auctioned for the IPL 2023. He is just 18 years old and his bowling causes havoc and the live proof of it is seen in the highlights during the match between Bihar and gujrat. As the IPL has become a go destination for most of the young players reaching to the highest,young Sakib aims at being one among them. This player has a unique style of bowling with an average speed of 140 km/hr and he maintains it during bowling. Pacers like him have always been  in the sights of the franchises in the IPL auction and if the franchises believe in his speed shots then there’s a promising future for this young talent.

A popular name gained fame by his amazing performance in the U-19. Having failed to get into the IPL Mega auction which was held in this year, he made a comeback by gaining experience and represented Haryana in the Syed Mushtaq trophy. He is just 18 years and has astrile rate of 500 during the semi final match against Australia, where he made 20 runs in just 4 balls. Being the second youngest among the players, he is set to go under the auction and may the franchises observe his iconic MS Dhoni sixes just like his admirers.

Being the youngest among all, Allah Mohammad Ghazanfar with his best spinning technique is going to make his presence in the IPL 2023 auction.  He is just 15 and has already achieved a great honor being the fast bowler and later into a spinner.

He represented Mis Ainak Knights with his bowling. The franchisees can take a good fate test by taking him into the team  as the best spinner champ.

Followed by it, during the last mega auction, many of the players had found it difficult to maintain their position in the IPL 2022 auction. Either they got benched or no one hired him. Out of those 405 players there are 3 players who are the oldest among all. They are ;

Right arm leg break bowler and right hand tailender batsman who is 40 and plays for Haryana. He initiated his career in test cricket against Australia. He holds 3 hattrick records and was one of the highest wicket takers during the IPL 2022.

There are less chances for him to be overlooked because of his fade away career statistics. Such is his match during 2020, where he was cut short because he could take down only  3 wickets against the Delhi capitals due to an injury.

Former Afghan skipper Mohammad Nabi and attacker batsman  and an all-rounder. 37 years and trying to prove and get position in the IPL 2023 is going to be a hard time for him. Though he was signed for 2022, he failed to break into playing for the Kings XI punjab. During his career he has played a total of 18 T20Is and has scored 163 runs.

So maybe there will be Very less chance for him to be hired by the franchises this time as well.

All-rounder player who played the bangalore RCB in t

During the matches which he played, he did well and his strike rate was 147.

Though he can bowl part time spin / pace and right arm medium-fast.

In total he has scored almost 5615 scores being in the south africa national cricket team and was a successful player. However with all his effort he was not bought by any of the franchises during the last IPL.

This year we might hope to see him in this auction.