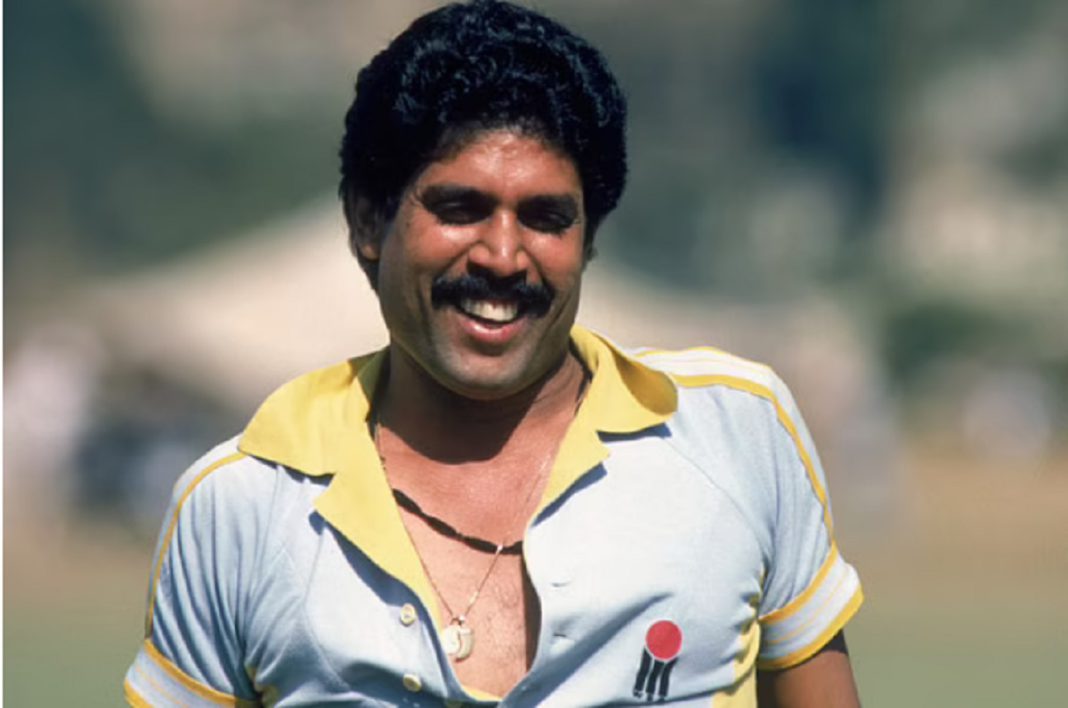 Kapil Dev is still India’s most fantastic ever all-rounder in cricketing history. India hasn’t found another fast bowling all-rounder like him.

No one backed India to do well in that ICC marquee event in England. Even the Indian board, fans, and cricket experts said that India would not qualify for the semi-finals of that tournament. The booked tickets were till the last league matches, and everyone thought that if India won just one game, it would be enough for them.

Despite all negative comments from the media and fans, Kapil Dev still kept that belief. India started the tournament with two back-to-back wins. India defeated the mighty Windies, the defending champions of that event.

West Indies won the two world cups in 1975 and 1979. Lloyd and his men were eyeing for their third consecutive title in 1983.

India defeated West Indies and Zimbabwe. But they also lost two critical matches against Australia, and when they faced the Windies again, Kapil and his men were outplayed by Clive Llyod and his fantastic team. Their loss against the two-time World Cup champions was a wake call before the do-or-die match against Zimbabwe.

India won the toss and chose to bat first in that crucial match. Kapil Dev then decided to have a long shower bath as he thought that his services wouldn’t be needed and his other fellow batters would do the job. But things didn’t turn according to the plans. India had lost five wickets with just 17 runs on the scorecard. The Zimbabwean bowlers did an excellent job till the Indian skipper entered the crease. BBC had gone for a strike, so they didn’t telecast this match, and it is a shame that they missed an innings of high quality and class. Kapil Dev then took the responsibility and batted for the whole 60 overs in that match. The score, which didn’t seem even to have crossed the hundred-run mark, Kapil single-handedly guided the team’s total to a grand one.

The top order didn’t even score in double digits. Kapil Dev’s unbeaten 175 runs allowed India to pile up 266 runs on the board. Kapil Pajji’s 175 runs are still the highest runs scored by a cricket captain in a world cup tournament.

Dev was also the first Indian skipper to win a Test match at Lords. MS Dhoni and Virat Kohli are the other two Indian captains who have achieved this feat.

Kapil Dev said just one thing in the press conference of the 83 world cup, “we are here to win,” and he proved this statement right in the end. India defeated the hosts of the world cup England in the semi-finals for the first time, and they made their way for their first-ever world cup final against the in-form West Indies. The 1983 world cup final was played at Lords on a green top. West Indies won the toss and asked India to bat first.

India scored just 183 runs in the final, and it looked like West Indies would win their third world cup. But the Indians had a great self-belief. Despite a decent opening stand and a partnership in the middle order, West Indies were bowled out for just 134 runs. India won their first World Cup tournament based on excellent bowling.

Kapil Dev was India’s greatest ever fast bowler, and he was playing with Sir Richard Hadlee, Ian Botham, and Imran Khan. As a pure fast bowler, Kapil Pajji had picked up 434 wickets in Test matches, which was the highest by an Indian bowler before Anil Kumble broke this record. Kapil Pajji took 253 wickets to his name in the one-day international format.

As a middle-order batsman, Kapil has scored 5248 runs in the Test matches and 3783 runs in the one-day international format. In all, Kapil Dev has played 356 games in International cricket for India, and he has scored 9031 runs as a batter and picked up 687 wickets as a fast bowler. Kapil Dev is indeed a fast bowling legendary all-rounder in Indian cricket.