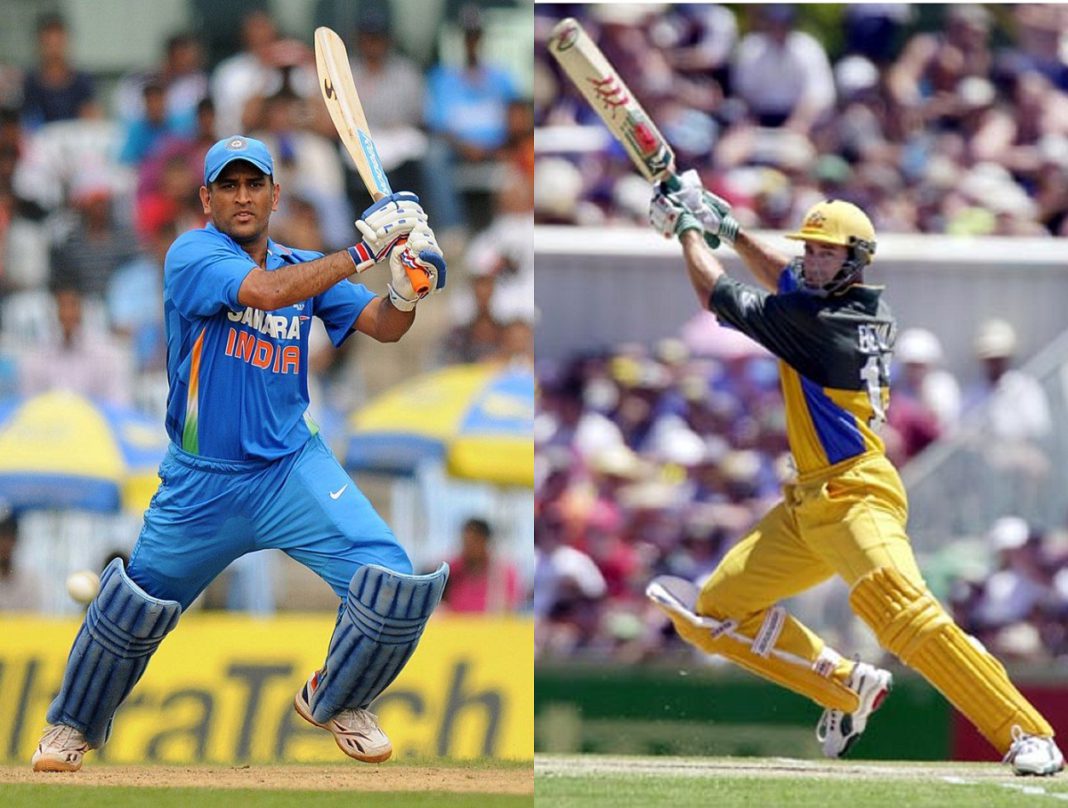 Mahendra Singh Dhoni and Michael Bevan are considered to be the best finishers in the world of cricket but who is the better finisher? Can we even compare these two legends? Dhoni is the best match finisher of this generation and most people rate him as the best finisher. But how does he compare against Michael Bevan, the man who helped coin the word “finisher” in cricket because of his victorious abilities? Who amongst these two are the best or biggest finishers in cricket?

Comparing The Two Biggest Finishers In Cricket Against Each Other!

When it comes to the world’s best finishers in ODI cricket, two names first come to mind, first Michael Bevan and second Mahendra Singh Dhoni. Both players are considered to be the best match finishers of their era. While Bevan played this role for Australia for years, the former Indian ODI captain Mahendra Singh Dhoni also known as MS Dhoni is a name that will probably be immortal in cricket forever. Dhoni has entertained fans all over the world not only with his captaincy but also with his consistent performance and match-finishing.

But who is the better? To find out, we must review the careers of both of them and decide if one of them can be given the title of being the biggest finishers in cricket.

First of all, let’s talk about the career records of both. Michael Bevan, who has retired from cricket, has scored 6912 runs in 196 innings of 232 ODIs while playing for Australia. During this, he averaged 53.58 and on 67 occasions the opposition bowlers failed to get him out. If we look at the ODI career of Mahendra Singh Dhoni, he scored a total of 8918 runs in 241 innings of 275 matches at an average of 51.25. Like Bevan, Dhoni also returned unbeaten on 67 occasions. Dhoni is definitely ahead of Bevan in terms of scoring runs but Bevan leaves Dhoni behind in terms of average.

Now if we look at the contribution of both of them in the victory chasing the target, then the Indian captain gets the bet here. Dhoni has scored 2327 runs in 83 matches in the chasing victory, in which Dhoni’s average crosses the hundred mark and reaches 105.77. While Bevan has scored a total of 1725 runs in 75 matches during the second innings victory in which his average is 86.25.

So on the basis of these figures we can see that Bevan is ahead in the average of runs scored but there is no match for the Indian captain in getting the win. Apart from this, Dhoni also leaves Bevan behind in terms of power hitting and quick runs.

Perhaps this is why former Australian batsman Michael Hussey, one of the most successful finishers of his time, has called former Indian captain Mahendra Singh Dhoni (MS Dhoni) the best finisher of all time. Hussey has played with Dhoni in the Indian Premier League (IPL 2020) team Chennai Super Kings (CSK). The former cricketer has also said that the CSK team will keep Dhoni associated with the franchise in a different role even after his retirement from international cricket.

In conclusion, the former Indian captain Mahendra Singh Dhoni is the best match finisher in the world. This makes him one of the biggest finishers in cricket because he knows very well how fast to increase the score of the match. With his cool style, he has the ability to win matches with any pressure. Winning the losing match in his own style is what makes Dhoni special, a slight edge over Micheal Bevan.