Back to Back Centuries 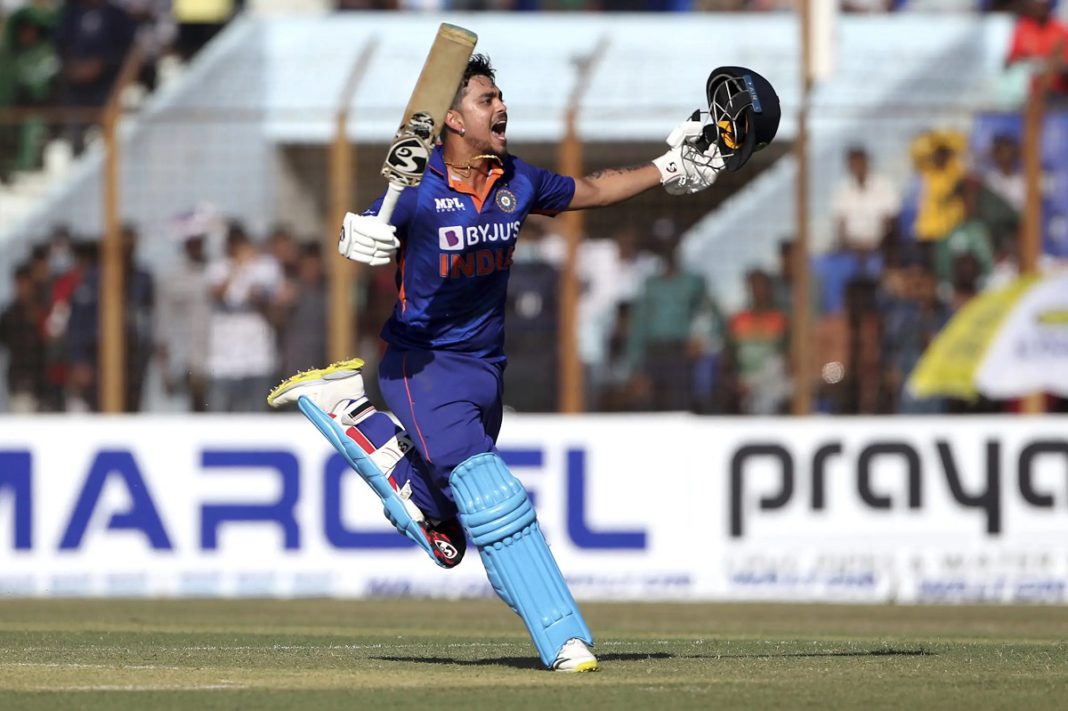 He is only 24 years old and has played only 23 T20 matches, yet he produced the finest of the results by hitting back to back centuries.

Ishan Kishan after producing a double century during India’s third ODI against Bangladesh at Chattogram aims to be the next Virendra sehwag.

Ishan pranav kishan, the diminutive opening batter from jharkhand. He was born in bihar but due to a certain dispute between bihar cricket association and board of control for cricket in india, he started playing for his neighboring state- jharkhand. In March 2021, he made his first debut under virat kohli’s captaincy.

In his short career, he has already made a huge force of fans following behind him and made his presence a crowd puller. He held the record of scoring the fastest double century by breaking the record of Chris Gayle. It’s a great honor for India to get to be praised and listed on the top for producing the top player to score the fastest double century in the OD with just 126 balls, breaking Chris Gayle record which was with 138 balls.

These days there are more names breaking records of one another. Shreyas Iyer, Rishab pant and Shubham Gill are one among Ishan Kishan who made their debut in scoring centuries this year.

Ishan Kishan made his double century during India’s third ODI which was held in Chattogram against Bangladesh. He was drafted to play on the behalf of Rohit Sharma, who was injured during the match. Ishan hit

Therefore he completed his century in just 85 balls.

December 10, Ishan scripted history and was the one to secure a historic win for India during the ODI. Previously he captained the Indian team in the 2016 ICC U-19 World Cup. He impressed his fans in the IPL being the part of Mumbai Indians by his breathtaking knocks.

A good thing to notice about Ishan is that he can bat anywhere in the batting order. He can bat as an opener, at No.3, 4, 5, 6 and as a finisher at No.7. He is as flexible as Dhoni and as similar to Rahul Dravid. He has strike-rates over 100 in all formats of Limited-Overs cricket.

Kishan, who arrived at number six, with the scorecard reading 114/4, batted aggressive style and gave a tough time to the Kerala bowlers by joining hands with Sourabh Tiwary. Kishan was the top contributor in the double century. He gave India something to cheer and celebrate about.

He has come a long way from having captained the Indian team in the 2016 ICC U-19 World Cup. He during the IPL managed to impress the fans by his breathtaking knocks by taking Mumbai Indians to the top by his victory.

In February 2021, he played in the T20I against England, As it was his maiden international cricket call. He scored 56 off the 32 deliveries of the ball, though he got out by LBW to Adil Rashid he was considered the man of the match as India won the match by seven wickets with Ishan Kishan’s contribution.

Later after three months, he played ODI( one day international) and twenty 20 international squad (T20I) against Sri Lanka, where he scored 59 runs out of 42 balls. After this he was able to make his debut in ICC Men’s T20 World Cup.

Though his career has yet to start, he still has more miles to go.May he have a long and prosperous career and break many more records!