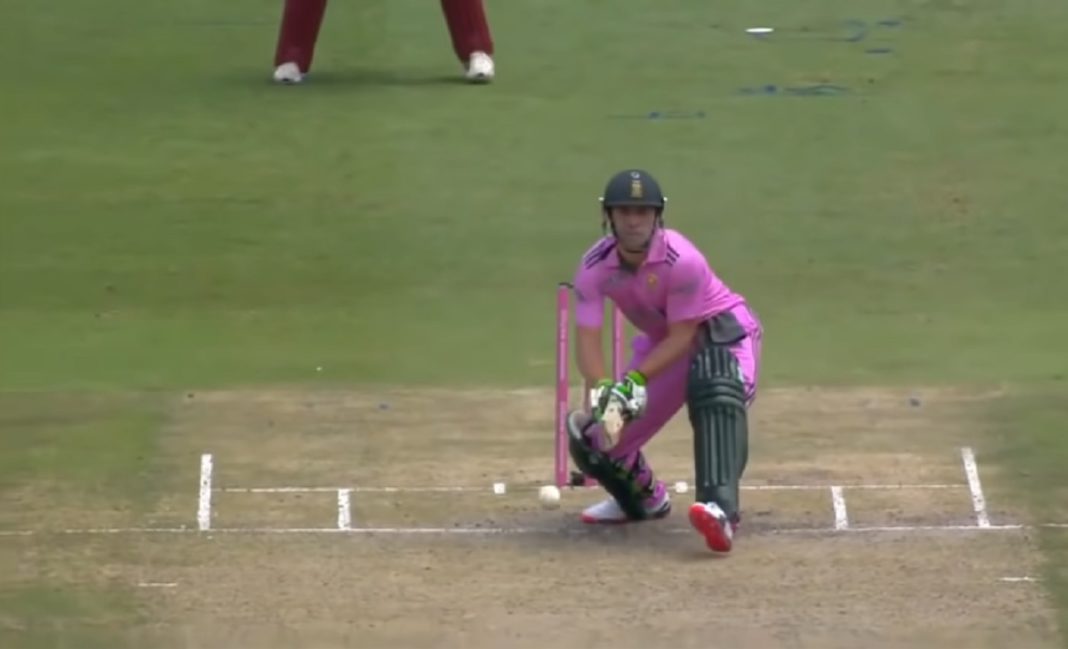 There have been many great batsmen in the world of cricket who won the hearts of people with their aggressive batting. His ability to score runs in the toughest of conditions is what makes him the best. Whenever the team needs them, then these players make big scores for the team by raining fours and sixes and their main task is to make their team win by playing with a cool mind in difficult situations and with increasing pressure comes the biggest task in white-ball cricket, sealing the game. While not everyone can close an innings on a good note, these players present some of the world’s best finishers in cricket who used their special skills to accomplish this task. So they have become an integral part of the shorter format of the game. In this article, we’ll take a look at 9 players who have excelled most in this role of a finisher.

As we fans know, the game of cricket always gets intense as the game progresses and smashing the balls with full force has become very important for many players. Finishing has now become a major role and there are specialists to do that job. Players spend a lot of time practicing their skills to hit the ball out of the park to ensure that their team is always in good shape.

AB de Villiers has done unimaginable many times for South Africa. He ends games on dead batting surfaces, plays anchor through falling wickets, and saves games for his team on his own. These things make him probably the most innovative player in the history of the game. Even after being away from cricket, no one in this world can enter the field and still beat the best bowlers in the world other than AB de Villiers. AB averaged 66.01 and had a strike rate of over 107 in runs scored due to wins in ODIs.

Australia’s left-handed aggressive batsman Michael Bevan was one of the world’s best finishers in cricket. Bevan, who played at number six in the team, was known to win matches for the team due to his fiery innings. He used to score runs for his team in tough conditions. The Aussie batsman played many brilliant innings in ODIs and led his team to victory. In the 5th ODI of the Benson & Hedges World Series 1995/96, he played a stormy innings against the West Indies, bringing the Australian team out of trouble and taking all the responsibility on his shoulders, giving the team an unexpected victory.

Once Australia had to score 173 runs in 43 overs in this rain-stopped match. But in the very beginning of Australia, 6 wickets had fallen for 38 runs. After that Bevan and Ian Healy took the score together to 74. In such a situation, the entire Kangaroo team was looking sad. But Michael Bevan stood like the sun in his place. In the end, Bevan gave Australia victory by hitting a four off the last ball of the match. Bevan scored 78 runs in 88 balls in his innings. From there, Bevan proved to be a great finisher.

Former captain Mahendra Singh Dhoni was termed by  Virat Kohli as the “world’s best finisher” who led India to a six in the Asia Cup final against Bangladesh in Mirpur. Due to his fiery innings, Team India has won many series and matches. Mahendra Singh Dhoni, the best match finisher of the present time, scores big runs for the team in difficult situations. Playing in odd conditions, he has won the team many times with match sixes. He had scored 148 runs against Pakistan at the beginning of his career. Playing the role of the best match finisher in a match against West Indies, batting at the seventh order, scored 45 runs in 56 balls and led the team to victory. In the 2011 World Cup match, he scored an unbeaten 91 and led Team India to the World Cup. There is no doubt that Dhoni got the title of best match finisher because of his restraint. When the hope of the whole world is over, Dhoni then goes and shows his colors and converts the lost match into victory. Dhoni has his own style of ending the match, he usually likes to end the match with sixes. As a match finisher, there can be no bigger match for Dhoni than the final of the World Cup 2011. Dhoni made India world champion for the second time by hitting a six off Nuwan Kulasekara in the final match of the World Cup played on April 2, 2011. Since this match itself, he was counted among the best match finishers in the world and with time, he became one of the world’s best finishers in cricket.

Javed Miandad, the great batsman of the cricket world, is also called the best match finisher. Playing with a calm mind, he could easily lead the team to victory. He had the ability to score runs for the team in difficult conditions. On 18 April 1986, in a match between India vs Pakistan, he scored an unbeaten 116 in difficult conditions and hit a six off the last ball of the match to give Pakistan an unexpected victory over India.

Australian middle-order left-handed batsman Mike Hussey is also known by the name of Mr. Cricket. He is known for scoring big runs for the team in tough conditions in ODI cricket, even called the Number 1 the reason for why Australia claimed their many impossible victories. The best example of his finishing skills is his unbeaten 60 off 24 balls to line up Australia in the semi-finals of the ICC T20 World Cup 2010. Hussey scored 34 off 12 balls with a ball to guide Australia to the finals. This cricketer averages 48.15 in ODIs and has been unbeaten in 44 of his 157 ODI innings. An unwavering mind and a responsible playing style have made Mike one of the world’s best finishers in cricket. He has played aggressive innings for the team many times and has also led the team to victory. In a match of the 2010 T20 World Cup, he played an unbeatable innings of 80 runs against Pakistan and gave Australia a great victory. All of this is why he earns a fifth place as one of the world’s best finishers in cricket.

Lance Klusener is one of the best all-rounder players in the world of cricket. His fellow players also call him by the name of Zulu. With his strange shot, he used to surprise everyone and with the help of his new shot, he used to create a plethora of runs, when 8 to 10 overs were left, his pace of scoring increased. They used to break as calls on the bowlers and used to score maximum runs. Along with this, he was also a good bowler who took 17 wickets in the 1999 World Cup match.

Pakistan’s all-rounder Abdul Razzaq was a right-handed batsman. It was a very easy task for him to hit fours and sixes at the end of the match. As one of the world’s best finishers in cricket Abdul Razzaq was one of the most dangerous batsmen who scored 47 runs in just 11 balls against England (2005).

Mark Boucher served the South African team for more than a decade and during this time was considered one of the world’s best finishers in cricket.

Everyone became Mark Boucher’s admirer thanks to his batting where he hit a century in 44 balls in ODI cricket. From this it is known that he was a brilliant batsman who believed in batting fast. Whenever the team needed him, he used to score big runs for the team. For the team, he used to bat as an opener batsman and sometimes come down the order and score maximum runs for the team.

Arvind de Silva is known to score runs by running in the middle of the fastest wicket. In the 1996 World Cup, he scored runs in difficult times for his team Sri Lanka, which was commendable. De Silva scored an unbeaten 107 off 124 balls in a match played between Australia and Sri Lanka in the final of the 1996 World Cup, which helped the Sri Lankan team win over Australia. People also called him by the name of Mad Max because of his quick runs. People liked him more because of his aggressive batting. He scored 6361 runs in 93 test matches and 9284 runs in 308 one-day cricket matches.