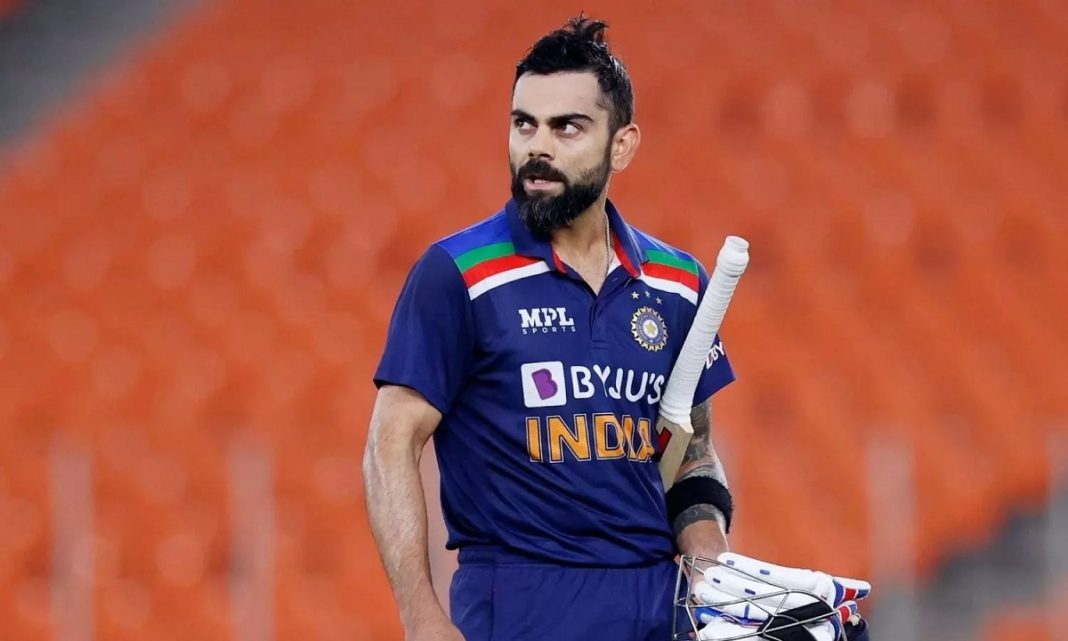 ‘Captain’ is such a word in cricket where many great stories have been written. A title that almost every player dreams to achieve, the captain is a man with a head that is sometimes tied with the victory of the crown and sometimes linked with the curse of defeat. Known as “A Run Machine”, Virat Kohli broke records with an aggressive attitude. As captain, Virat Kholi was not a man associated with being saccharine during high-pressure matches. That being said, his methods worked as he is known for being a great batsman, holding the position of captaincy of the Indian cricket team for many years, as well as leading RCB as captain for almost a decade in the IPL. Not only this, Virat is a big social media personality, being the only Indian who has more than 200 million followers on Instagram. After getting married to Bollywood’s beautiful actress Anushka Sharma and sharing a child with the actress, Virat has an indelible imprint on pop culture as well. We see him in many ads, and he has changed the landscape for modern cricket as well.

Virat Kohli: 13 Interesting Facts About His Career, Controversies, and Childhood!

1. Virat Kohli was a former captain:

History is witness that the team whose captain has become wise and far-sighted, that team has overcome even the biggest challenge. The name of one such adamant, sensible and strong captain in Indian cricket is the King of Cricket  i.e. Virat Kohli.

These days, Virat has taken a charismatic journey from an aggressive batsman to a great batsman. Is it because he is no longer captain? That being said, back in those days Indian cricket was visible in the dark, then captain Virat Kohli emerged. He went ahead and took charge of the team and thus started a new chapter in Indian cricket.

2. The birth of the Run Machine:

Virat Kohli, the husband of Anushka Sharma and handsome boy of the Indian cricket team, was born in the country’s capital New Delhi on November 5 in a Punjabi family in the house of father Prem Kohli and mother Saroj Kohli in the year 1988. The house where Virat Kohli was born was an affluent family as his father was a criminal advocate and his mother is a housewife.  The ebullient child liked  the cricket bat as his favorite toy and as he got older, he started making his hobby his passion.

Seeing Virat’s growing interest and passion for cricket, his father also expressed his desire to support him, and then his father started taking him with him for daily practice. However, his father died in the year 2006 due to a heart attack at a young age.

3. Where did Virat Kohli study?

Virat Kohli’s father and mother got him admitted to Vishal Bharti Public School in Delhi however, he mainly kept his focus only on cricket and for this reason, his admission to the cricket club was done by his father only at the age of 9.

Unlike other Indian schools, the school from where Virat Kohli was pursuing his primary education did not hold any special events related to cricket. That is why his father got Kohli’s name removed from that school and after that got Kohli enrolled in Sovier Convent Senior Secondary School, Paschim Vihar, New Delhi.

Due to his interest in sports, he studied only till the 12th standard and focused all his attention on cricket. Kohli learned the nuances of cricket from his coach Rajkumar Sharma at the Delhi Cricket Academy and after that played his first match in the academy named Sumit Dogra.

Kohli played his first Under 15 match in the year 2002. After that, Kohli was selected for the team Under 17 in the coming year 2004 and due to his excellent performance, he constantly came in the eyes of the people. Thus in the year 2006, Kohli got a chance to debut in first class matches.

In the year 2011, Virat Kohli got a chance to join the World Cup team, and in most of the matches played in the World Cup, he played an important role in the team’s victory with his explosive batting. After that in a few months in June 2011, the Indian team won. He toured the West Indies and Kohli made his debut in his first Test match from here.

In the year 2013, a century was made by him in the ODI. After that, he also gave a stellar performance in 20-20 matches and he also got the title of Man of the Match twice in the year 2014 and 2016. By the time he achieved all this, Virat Kohli was counted as a brilliant batsman.

In the year 2008, Kohli played the first ODI match of his career against the Sri Lankan team, in that era, legendary players like Gambhir, Sehwag, and Sachin were included in the Indian team. Because of this, Kohli started batting at the sixth place in One Day Internationals. And the next year against the same team, he scored the first century of his career by playing an innings of 107 runs.

After that in the Commonwealth Bank Triangular Series in the year 2011-12, again in Australia against the Sri Lankan team, played a scintillating innings of 133 in 86 balls and led the team to victory. However, India could not win the tri-series.

Then in the same year due to his fiery performance, Virat Kohli was selected for the post of Vice Captain of the Indian team for the Asia Cup in 2012. And playing against Pakistan in this competition, in the 11th One Day International, he scored 183 runs in 148 balls, which included 22 fours and 1 six. He also got the Man of the Match award in this match. In this way, on many important occasions, Kohli defeated the opposition team with his tremendous batting and defeated their spirits and ruled as a batsman for many years!

In the first season of IPL in the year 2008, Kohli was bought by Royal Challengers Bangalore for an amount of 20 lakh rupees and in his first IPL season he played a total of 13 matches scoring 165 runs.

In the 2009 IPL season, he played 16 matches and scored 246 runs, including 1 half-century. After this he gave his performance in many seasons of IPL. The year 2016 was one of the best years of his career where he scored 973 runs in 16 matches which included 4 centuries and 7 half-centuries. Due to his excellent performance, he became the highest run-scorer in the tournament, the Orange Cap holder.

Due to his dashing performance, Virat Kohli defeated the best bowlers in the world even in T20 matches. However, in some matches, he also had to face some strange situations.

When West Indies and India were in the semi-final match, Virat Kohli scored 89 runs, but despite this, India had to face defeat in that match. However, after this, he again succeeded in achieving the best position in T20 International and T20 World Cup!

When Mahendra Singh Dhoni, the then captain of all three formats of cricket, suddenly decided to step down from the captaincy on 30 December 2014, Virat Kohli was given the responsibility of leading the Indian team in Test matches in his place.

He scored 115 runs in his first innings with a brilliant performance. Apart from this, he became the first Indian cricketer to score 4 consecutive centuries in Tests. And in this way in all formats of cricket, due to his amazing batting, Kohli made himself proud of all the countrymen in cricket.

Virat Kohli’s dressing style is very good and this is the reason for why his social media influences many young aspirants! As a foodie, he likes Punjabi food very much and he also pays special attention to his fitness. He has also hired his personal trainer who takes care of his health related issues.

Their relationship continued and in the year 2017 they got married according to Hindu customs in Italy in the presence of selected guests. After marriage, a daughter was born to them, whose name they named Vamika Kohli.

During his cricket career, many controversies are associated with Virat Kohli. Let’s unearth some of them:

Misbehavior with a journalist

The news of Anushka Sharma and Virat Kohli’s affair was printed by a journalist in his newspaper in the year 2015. When Virat Kohli came to know about this, he angrily spoke malicious words to the journalist. However, later he also had to apologize for the things he said. Apart from this, he also had a dispute with Smith and Gautam Gambhir.

A finger in the field

During a match, when the match was starting, he showed the middle finger of his hands towards the public, which is considered against the rules of cricket, as well as considered insulting and because of his action. The former captain had to pay almost 50% of their matches as fines.

The news of the relationship between Anushka Sharma and them became very famous and this is the reason why Virat Kohli used to chat with Anushka Sharma during the match and this was also against the rules of cricket.

Virat Kohli earns through different sources. According to our online sources, Virat has garnered around ₹ 400000 by ODI match, ₹ 300000 by T20 match, ₹ 1500000 by Test match, more than ₹18 crores through IPL auction, and more than 700000 as Retrainership. Moreover, the assets of Virat Kohli are more than 50 crores, which is increasing continuously.