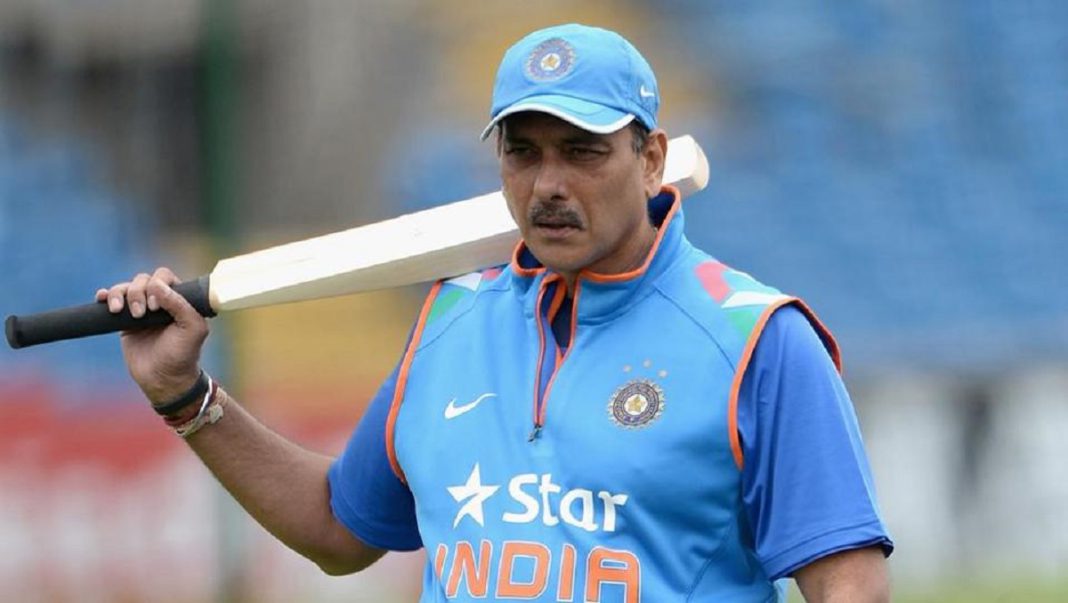 Ravi Shastri, a tremendous former player of the Indian cricket team has been one of the most powerful and aggressive players in India. Shastri, who started his career by batting at number 10,  started his cricket career as a left spinner but due to his excellent batting, he was a starter. Ravi Shastri was also a part of the 1983 World Cup winning team. Due to this experience, he was appointed as the head coach of Team India for two terms.

10 Crazy Ravi Shastri Facts That Are As Crazy As The Former Coach!

As a batsman, Ravi Shastri was defensive with his famous chapati shot (a flick off the pads), but he used to increase his strike rate as needed. But he was also famous for hitting 6 sixes!

Shastri used to open in matches or used to come in the middle order. The special moment of his career was when he was elected for the title of ‘Champion of Champions’ for the 1985 World Championship of Cricket in Australia. Owing to his award, the cricketer earned it after he equaled West Indies’ Gary Sobers’ record of hitting 6 sixes in 1 over.

2. He once won a car for winning a world championship:

Ravi Shastri was the first cricketer to win the AUDI 100 as a prize among the world’s most famous vehicles that then PM Rajiv Gandhi had given special orders to the customs to bring to India.

He has shared pictures of his restored Audi car, which he won in the 1985 World Championship after beating Pakistan in the summit clash of the tournament by eight wickets at the Melbourne Cricket Ground (MCG).

Ravi Shastri was extremely famous for his trademark ‘chapati shot’ also known as pad shot. Actually, Shastri started flicking the ball on the pad, which became famous as the chapati shot. Because of his performance, he used to be in constant discussion inside and outside the field.

He had the ability to send the ball across the boundary under any circumstances. A big achievement is recorded in the name of Shastri, who is batting with the right hand. He is the first Indian and the second player in the world to hit 6 sixes in an over in competitive cricket. He hit these sixes against Baroda while playing for Mumbai in the 1985 season of the Ranji Trophy.

4. Shastri was called the Qutub Minar of cricket:

This was because he used to do tall, timeless, solid work. He surprised everyone by batting continuously for 9 hours and 21 minutes against England. Ravi Shastri benefited greatly from his stature. Due to his being 6 feet 3 inches, where he could play only a few shots against fast bowlers, he used to shoot very fast against spin bowling.

6. He was in love with Saif Ali Khan’s ex-wife Amrita Singh:

Talking about Ravi Shastri’s personal life, his name was very much discussed with Bollywood actor Saif Ali Khan’s ex-wife Amrita Singh. The picture of both also appeared on the magazine cover. Fans were waiting for their marriage, but while Shastri married Ritu Singh in 1990, Amrita Singh married Saif Ali Khan, younger than herself. On the other hand, after 18 years of marriage, Shastri became a father in 2008, daughter Alekha was born. However, in 2012 Ravi Shastri filed for divorce.

7. ‘People burning (with jealousy) in India wanted me to fail’:

Around April 2022, Ravi Shastri offered a big claim during an interview given to a British newspaper saying: “In a country like India, there is always a group of people who are jealous of you or people who want you to fail”.

Shastri said, “I also did not have any coaching degree level one? level two? I have thick skin (not paying attention to people’s words), thicker than the Duke ball you use.

The British newspaper quoted this former Indian head coach as saying, “You have to resort to being strong. When Rob (Robert Key) starts working he will learn to develop it because each day there will be comments about his work. I am glad that he has got a lot of captaincy experience playing with Kent because communication with the players is supreme.

Shastri believes that almost all national teams in the cricketing field around the world should operate based on his experience of working with the Indian team. Emphasizing the team culture, Shastri said that it was an integral part of the Indian team during two consecutive series wins in Australia.

Under the coaching of Ravi Shastri, India defeated Australia on his soil and captured the Test series twice in a row. But after Rahul Dravid and Rohit Sharma were given the command of the Indian team as a coach, Ravi Shastri admitted to Sky Sports: “There is no better person after me than Rahul. I got the job by mistake. I was in the commentary box and I got the job of the Indian team.”

Comparing the two, while Dravid became the head coach of the Indian team under a process, he coached the Under-19 team for a long time. Under the coaching of Shastri, the Indian team became number-1 in the Test, India defeated Australia on its soil and captured the Test series twice in a row. Apart from this, he also won the Test match on African soil.

The Indian team could not win any World Cup or ICC tournament under Shastri’s coaching who at the same time was instrumental in leading the team to become number-1 in the test.

9. Ravi Shastri also said “only so many countries should play Test cricket”:

There is no use in increasing the crowd,  which will hurt the broadcasters as well as the fans, said Shastri, who believes that lower ranked teams will not be able to tour difficult places like England and India and will not be able to play for more than 3 days. Advocating for a change in Test cricket, the former head coach of the Indian cricket team said that there needs to be some kind of arrangement that will help in maintaining the quality of Test cricket.

According to Ravi, only the top six teams should play Tests. Which means that division is the way forward. Like football in England, where the divisions are highest with the Premier League, Test cricket needs a similar format. Ravi Shastri further said that you cannot have 12 teams or 10 teams. You hire only the top six teams to maintain quality while also focusing on quality over quantity. This is the only way you will open the window to play other cricket to spread the game and then expand the teams in one-day cricket and t20 cricket. But the number of teams playing Test cricket will need to decrease. This is a football model. You have EPL, La Liga, German League, and Copa America. In the future, you will also have only one World Cup and all the different leagues that take place around the rest of the world.

10. Ravi Shastri was one of the most expensive coaches in the world:

Coach Shastri was able to garner crores of rupees as salary from the BCCI. He is the highest-paid cricket coach in the world as he would receive around Rs 8.11 crore annually from the BCCI. If we talk about Ravi Shastri’s net worth i.e. his net worth, then according to media reports, Ravi Shastri currently has a wealth of about Rs 58 crore as Ravi Shastri’s wealth has increased by about 24% in the last few years. The majority of his income comes from his time working for the BCCI as the head coach of the Indian cricket team. Ravi Shastri lives in a luxury house in Mumbai. Shastri bought this luxury house in 2001. The estimated cost of this luxury home of Shastri is around Rs 11.2 crore.